Though your sins are like scarlet, they shall be white as snow 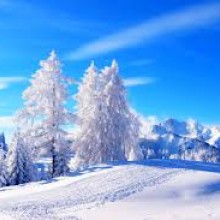 The most astounding part of the gospel message is that our sins can be freely forgiven. First, God offers us the most wonderful future, and then he makes a way for us to receive it. We knew very little or nothing about the Kingdom of God and what it would do for the whole world, until Jesus Christ brought the message from the Father. We learned that we had to be called out of this world and become a part of the “new world” that Jesus Christ is creating. Without God’s calling we would be blind to the invitation we are given. We would have no way of preparing for it. It would have passed us by.

Entering the Kingdom of God means that we must have a relationship with God now, as one of his begotten children, in anticipation of becoming a literal born child of God and member of His Family in the Kingdom of God. To have that relationship with God our sins must be forgiven. “Your sins have separated you from God,” the prophet Isaiah told the nation of Judah. Isaiah declares at the beginning of his message (1:18): “Come now, and let us reason together” says the Lord. “Though your sins are like scarlet, they shall be white as snow; though they are red as crimson, they shall be as wool.”

This is one of the most striking elements of the gospel message and makes the Kingdom of God possible. It is a message certainly for the new covenant, but it was a promise from the beginning. God is a merciful God, gracious, long-suffering, abounding in goodness and truth (Ex. 34:6).

To have your sins forgiven freely, by the Great God who has individually approached us, is the greatest hallmark of His being.

“For all have sinned and fall short of the Glory of God, being justified freely by his grace through the redemption that is in Jesus Christ” (Romans 3:23-24).

The wonderful truths and amazing fact of being justified freely, forgiveness and redemption are so distorted by religionists and human philosophy alike. There are whole books of the Bible that deal with this promise of God and the fact that it has to happen so He can grant us eternal life. Romans, Galatians, Colossians, as well as the early church conference of Acts 15, all deal with wrong approaches to the forgiveness of sins. Is it any wonder that Satan wants to get some false idea in our heads about justification, redemption and forgiveness other than it comes generously through Jesus Christ. Forgiveness of sin through Jesus Christ doesn’t apply to him. Removal of guilt is one of the great principles of modern psychology, and they still don’t have it right. Man’s religion is as faulty a philosophy on the same subject.

Peter asserted: “Nor is there salvation in any other, for there is no other name under heaven given among men by which we must be saved” (Act 4:12). Forgiveness of sin through the blood Jesus Christ; justified freely by His grace; redemption through the grace that is in Christ. Man cannot achieve goodness -- the goodness of God.

This beautiful part of the mind of God got so screwed up in the early church it required constant declarations by the apostles who clearly understood it. In the modern church the distorted belief that the law of God is done away came to be the conclusion of Paul’s discussion about how sin is forgiven. The devil doesn’t want you to believe what is God’s deepest desire. At worst, he wants you to substitute it with vain philosophy. Prove all things, hold fast that which is good. This is good!