In what or who do we really glory? 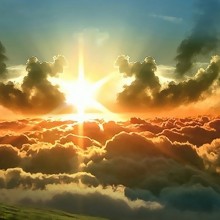 Most of the earth’s population discounts God’s involvement with the world, and we therefore sometimes tend to minimize God’s knowledge of His own people. Since God has a purpose, He obviously gives it close attention. If you were an employer and you had a person who neglected his work, you would fire him. God doesn’t neglect His great purpose. We are also told in II Chr 16:9 that “the eyes of the Lord run to and fro throughout the whole earth to show himself strong on behalf of those whose heart is loyal to him.” I hope we take great comfort God’s clear statement about Himself.

There are those who live in God’s world and are here by His grace, but who pride themselves in denying that He exists. They glory in their intellect to hold such an idea and disdain others who claim unashamedly that God is their God. The world’s environment in which we live tends to foster a self-sufficiency in humans. This is called pride, and to hold such a prevailing opinion about oneself is vanity (futile).

Your glory is not how good, intellectual, smart, good looking or privileged you are. Your real glory is that you know and understand God Himself, personally, and that He takes a real interest in you. This is the message Jeremiah was trying to get across to a people who lost interest in God and His purpose for them. To Jeremiah it was a shame that they had forgotten God, and God, true to his word, would exercise his righteous judgement on them. After all, the terms of their relationship with their Creator was accepted by them in a covenant relationship. Paul says it was “glorious”, what they had.

Reliance on one’s human wisdom or intellect (a capacity which God gave in the first place), trust in one’s own strength, will resist everything God delights in. It defies everything God is “...exercising loving-kindness, judgement, and righteousness in the earth.” The only real glory is that you know and understand God in this way. Defy your human instincts. “Trust in him at all times you people; pour your heart out before him. God is a refuge for us” (Psa 62:8).

The majority of Christians who believe the doctrine of the trinity find it hard to understand, and even more difficult to explain. Reg Wright examines the history of this belief and related Scriptures.

Click on the title to navigate to the transcript. Is God a Trinity? This booklet examines the history of the doctrine of the Trinity, a belief of great importance to many Christians. Be prepared for some surprises.