Confidence in the One who sustains all 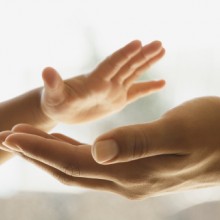 We pass into the new year with stories of missing planes, bodies being recovered from the sea, burning ferries, people killed in stampedes. Then there is the story about a cargo ship off the coast of Italy set on auto pilot and deserted by people smugglers with almost 1000 people from Syria and Iraq in the hole of the ship. Then there are the teeming displaced people in camps who have been driven from their homes in the countries where they have traditionally lived. They are being supported by aid from the ever diminishing pool of "wealthy" nations. We, in our blessed nation, cannot imagine being homeless and destitute.

The world is not kind to its citizens.

As we move closer to the "end of this age," as the disciples of Christ expressed it, we of all people need to strive in hope. Life isn't easy, nor was it meant to be, as a former Prime Minister expressed it. What becomes clear is that any accomplishments made by any person or government in the past are only dealing with the fringes of the great issues the world is experiencing. All the Christmas cheer and good will reflected in giving is fleeting and is momentary in the light of disasters unfolding in the world. This tells the story that, while our intent is good, what is actually happening is beyond our control.

The fact that we are blessed in Australia is relative. We can't put our confidence in a political party. We can't rely on our ability to "get wealth" from the ground. We cannot depend with any certainty that the Australian lifestyle (the envy of the world) will always be our way of life. We can't take comfort in the fact that we are so isolated from the rest of the world. Just wait, the world will come to us, and it already has. And remember, the world is not kind to its citizens. David, at the time he was the king of God's nation, expressed it to us this way:

"Blessed is the nation whose God is the Lord, The people He has chosen as His own inheritance. The Lord looks from heaven; He sees all the sons of men. From the place of His dwelling He looks on all the inhabitants of the earth. He fashions their hearts individually; He considers all their works. No king is saved by the multitude of an army; A mighty man is not delivered by great strength. A horse is a vain hope for safety; neither shall it deliver any by its great strength. Behold, the eye of the Lord is on those who fear Him, on those who hope in his mercy, to deliver their soul from death, and to keep them alive in famine. Our soul waits for the Lord; He is our help and our shield. For our heart shall rejoice in Him, because we have trusted in His holy name. Let your mercy, O Lord, be upon us, just as we hope in you" (Psa 33:12-22).

When we see what is happening to other nations, we should understand that we are sustained because of God's ancient promise. He knows we have made our share of mistakes and committed our share of sins. But He is merciful and His promise is good until all is fulfilled and He will move on toward establishing His righteous rule over the whole earth.

We understand His plan. Let us therefore face the future with our confidence in the One who has sustained us thus far and will see us through to the end. Lesson 4
Why Does God Allow Suffering?

How do we reconcile anguish and suffering with the Bible's portrayal of a loving God? Why would He allow the horrendous miseries that afflict humanity? Does the Bible explain suffering? Many people, the faithful and the faithless, look at calamities—whether personal, national or global—and agonize over these questions. In this lesson we will see how the Bible addresses this enigma: Why does God allow suffering?