The decline of modern day Israel 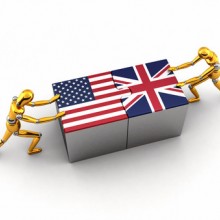 My family and I have returned just a few weeks ago from celebrating the Feast of Tabernacles. While we have been focused on the new age that is coming in which there will be world peace for one thousand years under the benevolent rule of our Saviour, Jesus Christ, the world was watching and waiting for the outcome of the election of the President of the United States of America. Now that the peoples of the United States of America have cast their votes and a President Elect has been decided, it is to be seen in the near, and not so near future, what ramifications of this election, and also the way it was conducted, will be on the United State of America, here in Australia and throughout the world.

The fate of the western world as we know it is, to some extent, dependent upon the financial and political fortunes of this, the most powerful nation in the world and, as a result, recent events both within and outside the United States have given rise to an increasing fear about the future for many.

You are probably already aware that the Bible emphasises the importance of the Anglo Saxon nations in world affairs in the 21st century and that the current blessings they enjoy are as a result of the birthright promises God made to Abraham, Isaac and Jacob.

Along with these promises, however, came the responsibility to be an example to the other nations of the earth of God’s way of life and, in this the descendants of the biblical patriarchs have failed.

There are many prophecies referring to the latter days which warn these nations of their sinful ways and the calamities to befall them because of their godlessness. The Bible makes it clear that the near future will bring consequences for these sins, before the establishment of the Millennium on this earth with the return of Jesus Christ as King of kings and Lord of lords.

Our important booklet, The United States and Britain in Bible Prophecy unlocks the keys to many of these Bible prophecies about to be fulfilled. It clearly demonstrates that the majority of citizens in Australia, like the United States, Britain and New Zealand, are descended from ancient Israel and have not only shared in the blessings, but will also suffer the consequences God says will come upon these nations before Christ’s return.