What we can learn from war? 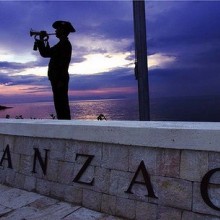 Almost 2,000 years ago, a miraculous, momentous event occurred—the New Testament Church was founded on the Feast of Pentecost. What made this event so astounding—and Acts 2 records that the circumstances of that day were truly dramatic—was the giving of the Holy Spirit to the followers of Jesus Christ, just as He had promised.