You can be a part of the GREATEST CAUSE EVER! 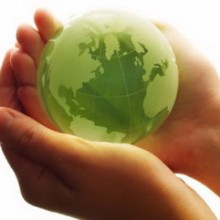 Have you ever wanted to make a difference in helping others as part of a cause bigger than yourself?

Some people want to save the planet by supporting environmental issues. Others want to help the homeless or help people out of drug, alcohol and sex addictions. Some want to teach and inspire the next generation to do greater things or help raise the standard of living for people in third world countries. Maybe you have envied rich philanthropists who are in the position to devote a lot of their time and great wealth to helping various causes.

There are many charities with good, kind-hearted people devoted to trying to make a difference in our world. Some causes seem like an uphill battle where no matter how much money is spent on these problems more people seem to be caught up in them as time goes on.

Do you want to make a difference and be a part of the greatest cause ever? You can if you understand just where God is with the work that He is currently doing in this world – a work of which the majority of people are unaware.

Many see God as distant and, for the most part, uninvolved with this world. However, God is very active with a small group of people preparing them to literally change this world!

Many church-going people believe that God is trying to save this world now and while He is winning some souls, the majority are being lost forever to God in an ever increasing secular world. This is NOT what the Bible teaches. In the Book of Revelation we read:

Rev 20:4 And I saw thrones, and they sat on them, and judgment was given to them. And I saw the souls of those who had been beheaded for the witness of Jesus and for the Word of God, and who had not worshiped the beast nor his image, nor had received his mark on their foreheads, nor in their hands. And they lived and reigned with Christ a thousand years.

Rev 20:5 But the rest of the dead did not live again until the thousand years were finished. This is the first resurrection.

Rev 20:6 Blessed and holy is he who has part in the first resurrection. The second death has no authority over these, but they will be priests of God and of Christ, and will reign with Him a thousand years (emphasis added).

When Jesus Christ comes back to this earth in the future we see two groups of people noted here. The first group, who are a part of the first resurrection, rule as kings under Christ, the King of kings (Rev 5:10; 19:16). The second group (the rest of the dead – those dead up to this point who are not yet saved) will live again at the end of the first thousand years after Christ's second coming. The saved don't go straight to heaven NOR do the unsaved go straight to hell after they die!

God's master plan calls for offering salvation and eternal life to every person ever born, but his plan calls for doing that in a time-order. God is NOT trying to save the world now. That will come later after Jesus Christ returns and takes over rulership of the whole world. For now, he is training a group of people in living His way of life so they can teach others His ways when God actively begins to save all the world after Christ returns.

Jesus Christ, when that time comes, is going to fix up this planet, clean up its corruption, renew its environment and heal all people both physically and spiritually but he won't be doing it all on his own!

In Daniel 7:27 we read: "Then the kingdom and dominion, and the greatness of the kingdoms under the whole heaven shall be given to the people, the saints of the Most High. His kingdom is an everlasting kingdom, and all dominions shall serve and obey Him."

King David, resurrected, immortal, in power and glory, will be king over all twelve nations of Israel (Jeremiah 30:9; Ezekiel 34:23-24; 37:24-25). Each of the original twelve apostles will be king, under David, over one of these then very prosperous nations (Matthew 19:28).

In Jude 1:14 we also read: "And Enoch also, the seventh from Adam, prophesied of these, saying, Behold, the Lord comes with ten thousands of his saints."

Yes, YOU, can be a part of this – THE GREATEST CAUSE EVER!!!

Imagine what it will be like to have the power of God to help Jesus Christ transform this world! You can be a part of the team that will change this whole world for the better, and permanently!

I've been sponsoring children through Worldvision for about 25 years now. Once a community they are working with is completely self-sufficient they move to another area and assign you with a different child. I take my hat off to those dedicated organizations who try to make some small difference in the lives of these children and the communities in which they live.

For all their efforts the overall amount of poverty, disease and starvation in these areas continues to grow because of a number of factors such as civil war, corrupt leaders, a lack of basic hygiene, sexual immorality and breaking sound principles of agriculture.

Wouldn't it great to have an active part in helping to turn that completely around in these poor countries around the world (as well as any other good causes you may be passionate about)? Just as God did with Israel, those who are faithful as part of His church in this age, will teach them basic laws of hygiene, health, sexual chastity and agriculture as well as how to love God and to live peaceably with others.

Before they can change this world the people that God is preparing beforehand for this awesome job have to change themselves with the help and power of God (Acts 2:38, 2 Timothy 1:7).

The United Church of God keeps the seven festivals that God gave to His people (Leviticus 23) that both Jesus and the apostles kept (Luke 22:15, 1 Corinthians 5:7-8). These festivals outline the great plan of salvation.

On June 8 this year we will be celebrating Pentecost, the festival that celebrates the part of the plan about how God is preparing and calling out a people in advance of Christ's return who will be a part of that team that will, with Jesus Christ, change this world! Come join us and learn about how you can be a part of the greatest cause ever!