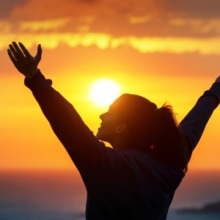 Frankly, evolutionary theory is a cop out for serious scientific analysis. The sons of God (the angels) all shouted for joy when the plans for the earth were revealed, the foundation was laid, and the creation executed by the member of the God family that we now know to be the Son of God - Jesus Christ (“declared to be the Son of God through a resurrection from the dead). The sons of God, understood to be the angels who had been previously created, praised God for His well-designed plan, for this special earth on which we live.

In time, some of the created beings lost their respect for God and felt his plan for the earth, to create humans with the potential to become ruling members of the family of God, was misguided. Obviously, they felt it was not in their best interest. The first humans, shortly after they were created, were confronted with statements that cast doubt on God’s intentions which clearly granted them this possibility by the offering of the Tree of Life.

How far have we come that we allow our new found scientific knowledge about the creation to overshadow the truth that there is a Great Creator? How capable have we become so as to minimize the miracles of God, to devise some kind of inferior and superficial explanation for all that God has done? God deliberately exposed the Israelites to His great wonders, as David testifies in Psalm 78, yet they forgot what he did and who He is. BEYOND TODAY magazine
Evolution: An Article of Faith
July-August 2016

The fossil evidence still fails to support Darwin's theory — showing people accept Darwinian evolution more as an article of faith rather than fact.