The power of the Passover

We need forgiveness of sin more than we need anything else. 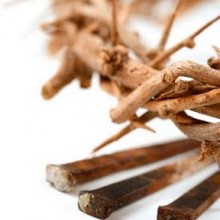 The man knew it was to be soon. The results of His teachings and works astounded people at the beginning. But, slowly, things began to change. The storm clouds were brewing. At the beginning He was popular, new, refreshing. He spoke of the Kingdom of God giving His downtrodden people hope in the midst of a cruel occupation of the great superpower of the day. They were taxed to the hilt. Their leaders, both civil and religious, were in cahoots with the oppressors. When Jesus came on the scene He preached a message of hope and deliverance. Lame people walked at His Word. Lepers were cleansed, the blind were able to see for the first time, loved ones were raised from their deathbeds, and good news was declared to them as it came from God.

When they wanted to make Him a king to deliver them now from the Romans, He made Himself scarce. The masses who followed Him up to one year before His death, wanted something He would not deliver. He came, however, to deliver them from the greatest threat to them - their sins. He would offer life to them in a way that was beyond their imagination at the moment. Droves became disillusioned with Jesus and followed Him no more. Jesus asked His disciples if they wanted to "go away" too. Peter, by that time had gotten the point and declared, "Where shall we go? You have the words of eternal life. Also we have come to know that You are the Christ, the Son of the living God" (John. 6:66-69). He would ask them again in a few days time, "Who do men say I am?" And would follow with another question, "But who do you say I am?" Peter again declared that He believed that He was the Christ, the Son of the living God" (Matt 16:14-16).

It was at this point that Jesus told them He would build His church (called out ones against whom the gates of the grave would not prevail). Peter would play an important part in its development. This was an exciting note. But then Jesus began to tell them "that He must go to Jerusalem, suffer many things from the elders and chief priests and scribes, and be killed and, and be raised the third day" (Matt 16:21). He had not told them this before. Jesus' revelation of suffering and death to His disciples was so absurd to Peter that he rebuked Christ for expressing such an outrageous idea. Christ responded that Peter was an offence to Him -- that Peter was rehearsing Satan's lies in the ears of Him and the other disciples. Jesus had heard it all before. Satan told him in effect, you don't have to go through suffering and death - all you have to do is worship me and I will give to you all the kingdoms of the earth. Peter had parroted the devil. Peter also missed the main reason for the Christ, the Son of the Living God to come to this earth - Satan had to be defeated on his own turf, and God would bring His people back to Him, cleansed of their sin and resolved to serve the true God forever.

Jesus would be the only fully human being who would never give in to the devil's rule. He was the Son of the Living God from His human birth. He would truly be their Deliverer, sadly one they would not recognize until later. Peter certainly understood Jesus main reason for coming after His suffering and death. He had to put a reason to it as he recounted Jesus' own words and remembered what the scriptures had said. Peter would say to the ones who murdered Jesus, "Him God has exalted to His right hand to be Prince and Saviour, to give repentance to Israel and forgiveness of sins" (Acts 5:31).

We need forgiveness of sin more than we need anything else. We need to forsake sin and live by every word that proceeds out of the mouth of God, as Jesus told Satan. We are held captive to the devil and his world through the sin we commit. We're subject to death from which there is no recovery if we don't understand why He suffered and died. Let the Passover work its power in our hearts.