The only message by which we can be saved 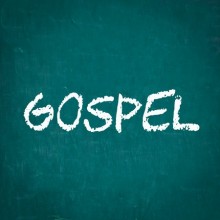 The righteousness of God has been revealed from the beginning. His magnanimity in the creation, His mercy when dealing with early man, saving the human race through Noah, His blessing to the human race through the promises made to Abraham and his descendants, His concern to His people by revealing his law to them and on to the world - all revealed the righteousness of God, from the faith that built from one epoch to another, to eventually reveal the glorious gospel message though none other than His Son.

“For I am not ashamed of the Gospel of Christ, for it is the power of God to salvation for everyone who believes, for the Jew first and also for the Greek. For in it the righteousness of God is revealed from faith to faith: as it is written, THE JUST SHALL LIVE BY FAITH” (Rom. 1:16-17).

God always had this same message in mind in past ages, and became the “mystery” that would be one day reveal to many and then to the whole world and to everyone who ever lived. When the gospel message exploded through Christ’s preaching, His power and miracles, it was electrifying. God’s greatest joy to reveal His long held and secret purpose was about to be revealed to the “principalities and powers.”

The catastrophic event of the death of Jesus Christ, and then “declared to be the Son of God with power, according to the Spirit of holiness, by the resurrection of the dead” (Rom. 1:4) was the catalyst to propel the “good news of the Kingdom of God” to the known world.

It is important to note that the intent of God, from the very beginning, was demonstrated in His dealings with His people from the Garden of Eden, to Noah, to Abraham, to Israel and David and the prophets. For those who have eyes to see and ears to hear, the same message was there.

The message itself as it was dramatically revealed through the life and death of Jesus Christ - “the gospel”....by which you are saved” (I Cor. 15:1-5), and the manner by which it was proclaimed, is said to be the power of God to those who believe it. If a person doesn’t believe it, it takes nothing away from the convicting counsel of God.

How are you doing with the “gospel”? Is it as exciting as the day you first heard it?

What is Jesus Christ’s purpose for our lives?