The surprising origins of the Trinity doctrine

Barely two decades after Christ's death and resurrection, the Apostle Paul wrote that many believers were already "turning away . . . to a different gospel" (Galatians 1:6). Christ Himself had also warned His followers: "Take heed that no one deceives you. For many will come in My name . . . and will deceive many" (Matthew 24:4-5). 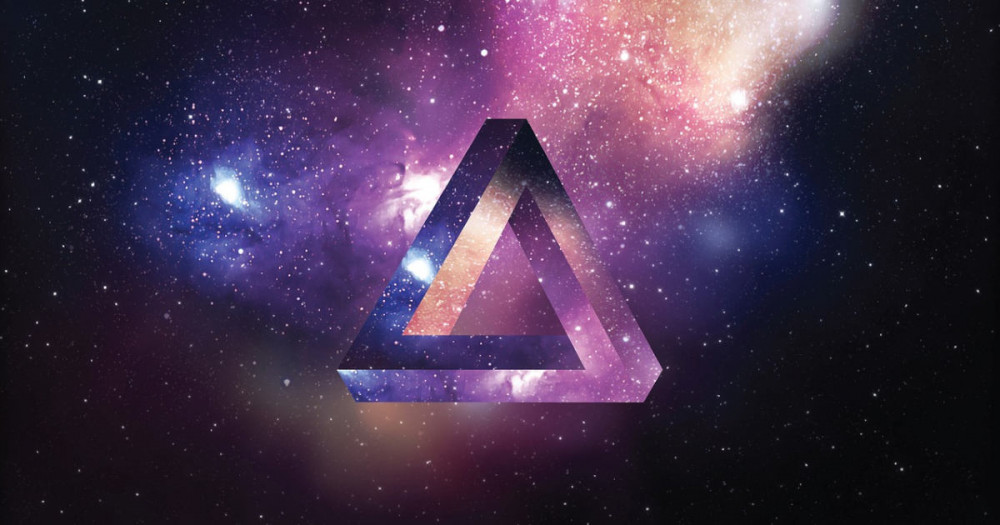 Just as Jesus and the New Testament writers had foretold, various heretical ideas and teachers infiltrated the early Church. As 3 John 9-10 shows, by late in the first century, conditions had grown so bad that false ministers openly refused to receive representatives of the Apostle John and were excommunicating true Christians from the Church!

A very different religion, with many concepts and practices rooted in ancient paganism, took hold and transformed the faith founded by Jesus Christ. Edward Gibbon, the famed historian, referred to this troubling period as a "dark cloud that hangs over the first age of the church" (The History of the Decline and Fall of the Roman Empire, 1821, Vol. 2, p. 111). Historian Jesse Hurlbut tells us: "For fifty years after St. Paul's life a curtain hangs over the church...and when at last it rises, about 120 A.D. with the writings of the earliest church fathers, we find a church in many aspects very different from that in the days of St. Peter and St. Paul" (The Story of the Christian Church, 1970, p. 33).

This "very different" church, teaching "another Jesus" and a "different gospel" (2 Corinthians 11:4; Galatians 1:6-9), grew in power and influence, and within a few short centuries dominated the mighty Roman Empire! This was the setting in which the doctrine of the Trinity emerged. Various ideas sprang up as to the exact nature of Jesus Christ. Was He a mere man who became God? Was He created by God the Father, or did He exist eternally with the Father? Many borrowed or adapted from pagan religions, replacing and changing the teachings of Jesus and the apostles. (See the chapter "The Rise of a Counterfeit Christianity" in our free booklet The Church Jesus Built for an overview of this critical period.).

This dispute over the nature of Christ led the Roman emperor Constantine the Great to convene the Council of Nicaea in A.D. 325. Constantine, although held by many to be the first "Christian" Roman Emperor, was actually a sun-worshiper who was only baptized on his deathbed, but he recognized the value of religion in uniting his empire. Historian Henry Chadwick attests, "Constantine, like his father, worshipped the Unconquered Sun" (The Early Church, 1993, p. 122). As to the emperor's embrace of Christianity, Chadwick admits, "His conversion should not be interpreted as an inward experience of grace . . . It was a military matter. His comprehension of Christian doctrine was never very clear" (p. 125).

The dispute over the nature of Christ came to be known as the Arian controversy. Arius, a priest from Alexandria, Egypt, taught that Christ, because He was the Son of God, must have had a beginning and therefore was a special creation of God. Opposing the teachings of Arius was Athanasius, a deacon also from Alexandria. His view was an early form of Trinitarianism regarding the Father, Son and Holy Spirit as one, but at the same time distinct from each other.

When it came to the Nicene Council, The Encyclopaedia Britannica states: "Constantine... actively guiding the discussions... personally proposed... the crucial formula expressing the relation of Christ to God in the creed issued by the council... Overawed by the emperor, the bishops, with two exceptions only, signed the creed, many of them much against their inclination" (1971 edition, Vol. 6, "Constantine," p. 386).

The groundwork for official acceptance of the Trinity was now laid—but it took more than three centuries after Jesus Christ's death and resurrection for this unbiblical teaching to emerge. The ongoing disagreements were at times violent and bloody with many claiming to be Christian slaughtering one another over their differing views of God. Of the aftermath of the Council of Nicaea, noted historian Will Durant writes, "Probably more Christians were slaughtered by Christians in these two years (342-3) than by all the persecutions of Christians by pagans in the history of Rome" (The Story of Civilization, Vol. 4: The Age of Faith, 1950, p. 8).

The council adopted a statement that translates into English as: "We believe in one God, the Father Almighty, Maker of heaven and earth... and in one Lord Jesus Christ, the only-begotten Son of God, begotten of the Father before all ages...And we believe in the Holy Spirit, the Lord and Giver of life, who proceeds from the Father, who with the Father and the Son together is worshipped and glorified,,,." This declaration in 381 would become known as the Nicene-Constantinopolitan Creed, resulting in the Trinity as generally understood today becoming the official belief and teaching concerning the nature of God.

Now that a decision had been reached, the Roman Emperor Theodosius would tolerate no dissenting views and he issued an edict demanding adherence to the new teaching: "Let us believe the one deity of the Father, the Son and the Holy Spirit, in equal majesty and in a holy Trinity...but as for the others...they are foolish madmen, we decree that they shall be branded with the ignominious name of heretics...They will suffer... the punishment which our authority, in accordance with the will of Heaven, shall decide to inflict" (reproduced in Documents of the Christian Church, Henry Bettenson, editor, 1967, p. 22).

Anglican churchman and Oxford University lecturer K.E. Kirk revealingly writes of the adoption of the doctrine of the Trinity: "The theological and philosophical vindication of the divinity of the Spirit begins in the fourth century; we naturally turn to the writers of that period to discover what grounds they have for their belief. To our surprise, we are forced to admit that they have none.... We are forced..., to ask ourselves whether theology or philosophy has ever produced any reasons why its belief should be Trinitarian" ("The Evolution of the Doctrine of the Trinity," published in Essays on the Trinity and the Incarnation, A.E.J. Rawlinson, editor, 1928, pp. 221-222).


These historical records help us better understand the background of Christ's teachings, which included illustrations drawn not just from farming and animal husbandry, but also construction, rulers and nobility, the theater, government, finance and other aspects of city life.
God Holy Spirit Jesus Christ Trinity