Ruth - An example of faith and devotion

For centuries, men and women uniting in holy matrimony have looked to Ruth’s famous words as a standard of unfailing devotion to each other. “...wherever you go, I will go; and wherever you lodge, I will lodge; your people shall be my people, and your God, my God” (Ruth 1:16). 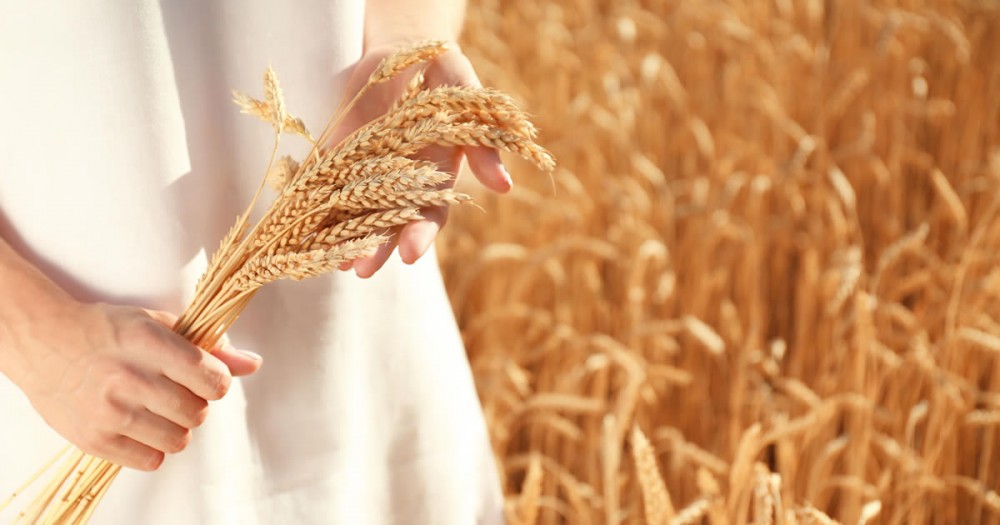 Ruth’s story begins in Bethlehem, Judah during a famine. A father Elimelech, Naomi his wife and their two sons, Mahlon and Chilion, decide to leave Israel for Moab on the other side of the Jordan River, where food is available.

The story takes place during the period of the judges, after Joshua conquered Canaan with the twelve tribes and before the establishment of the monarchy with Saul, the first king of Israel. It was a time of moral and political chaos, with people turning from God and going their own way, but there were still some faithful and obedient families as the story of Ruth shows.

After Elimelech and his family settle in Moab Elimelech suddenly dies. Then a while later both his sons, after taking Moabite wives, also pass away. This means Naomi and the sons’ wives, Ruth and Orpah, are left without any visible means of support. Naomi decides to return to Israel and urges her daughters-in-law to stay in Moab with their relatives and people they know (Ruth 1:8-9). Oprah returned to Moab, but Ruth chose to remain with Naomi, even though her prospects of finding a husband were not good and she would live as a widow in a foreign land.

Naomi and Ruth returned to Bethlehem during harvest time and God guided Ruth to glean the field of Elimelech’s kinsman, Boaz. So it was that Boaz met Ruth, and gave instructions that would protect and provide for her (Ruth 2:8-12). He instructed the young men working for him to let Ruth glean not just in the corners, but even among the sheaves, where she could gather much more grain than was otherwise possible. He also told them to drop some wheat on the ground for her to find.

Little wonder the book of Ruth would be read in synagogues centuries later during the Feast of Weeks, a yearly festival that concluded the wheat harvest (A.S. Geden, The International Standard Bible Encyclopaedia, Vol. 4, p. 2528). This celebration was also known as Pentecost (“fiftieth [day]"), an annual Holy Day prophetically symbolizing Jesus Christ’s harvest of Christian lives both Israelite and gentile (Matthew 9:36-38).

Eventually Ruth, encouraged by Naomi, claimed her levirate right from Ebimelech’s relative, Boaz, and they married. “Under the Levirate law (referred to by Naomi in Ruth 1:1-13), when a man died childless, his brother was bound to raise an heir to him by the widow. This law extended to the next of kin, hence Naomi’s plan. Ruth, by her action in verse 7, was claiming this right” (David and Pat Alexander, Eerdmans’ Handbook to the Bible , pp. 227, 228).

God blessed Ruth and Obed’s faithfulness with a son, whom they named Obed. It was through Obed that Ruth became the great-grandmother of King David and the direct ancestor of our Savior, Jesus Christ. To the casual observer, it might seem as if this all happened by chance but these miraculous events were directed by Almighty God.

Ruth’s faithful example extends far beyond her physical lineage. She figures prominently as a forerunner of spiritual Israel, and typifies the Old Testament prophecy to Abraham of the New Covenant Church, which would include gentiles and Israelites alike: “And in you all the families of the earth shall be blessed” through Jesus Christ (Genesis 12:3). So, in a broader sense, God’s prophetic plan is revealed through the story of Ruth and its correlation to the entire New Testament.